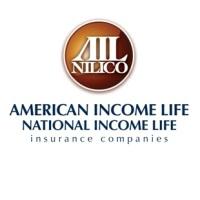 It’s a long way from the Dominican Republic to Canada, but Josh Chalom, State General Agent in Ontario, made the transition with ease. Josh owned and operated swimwear boutiques in the Dominican Republic before joining American Income Life Insurance Company. His cousin was a successful SGA for American Income Life in Los Angeles and convinced Josh to make the change to AIL.

Since joining American Income Life, Josh successfully set up and ran offices in Los Angeles, San Diego, and Las Vegas prior to coming to Ontario, where he became the second person licensed with AIL in eastern Canada.

Josh is excited about the impact American Income Life products can have. “The ability to help people put a roof over their heads, put food on the table, and provide an education for their children has tremendous social impact,” says Josh, “especially when the main breadwinner is taken out of the picture.”

When did he realize an American Income Life career was right for him? “When my father died at 55,” recalls Josh, “I realized how devastating and unexpected life and death could be. His own policy was a small plan he took from me when I first started with AIL. I then realized how important it was to make people aware of what we all eventually have to face.”

What’s his advice to someone thinking about a career at AIL? “Take it seriously,” says Josh, “work harder than you ever have, and follow the path set forth by the Company. There really is a pot of gold at the end. American Income Life Insurance Company has allowed me to achieve all my dreams and has forced me to dream bigger, all the while helping people. I only wish I had gone into management sooner to spread the word of what a great opportunity this is to more people.”

As well as being a successful SGA for American Income Life, Josh is a talented Rubiks cube artist. “I am currently in the 2011 Guinness Book of World Records,” says Josh, “for creating the largest Rubiks Cube Mosaic, ‘The Last Supper’ using 4,050 cubes and will be in the 2012 book as well for breaking the record with ‘The Hand of God’ piece using 12,090 cubes. My work can be viewed at www.cubeworks.ca.”

Josh donates his works of art to charity auctions and many hospitals in Canada.

State General Agent Byron Paz was born in Guatemala City, Guatemala, and moved to Ontario, Canada, in 2000. He has been with American Income Life since 2003 when he was only 20 years old. Byron was enticed to join American Income Life because he loves serving and helping Agents reach their goals.

“Being there for them through the claims process and seeing how fast we responded to the family solidified my career with American Income Life. I knew I wanted to continue making a difference in the lives of the families we get to serve,” Byron says.

“I can find 100 reasons why someone should consider a sales position with American Income Life,” Byron says. “My best advice is to look at the business model we offer and realize American Income Life provides Agents with all the tools they need to be successful. We have an amazing product line, a proven effective system to generate activity, a referral system to multiply prospects, and a rock-solid Company history that’s recession-proof with great leadership.”

In his free time, Byron loves playing soccer or spending time with his wife and daughter. He is passionate about traveling the world and has gotten to travel to Europe on three occasions, thanks to American Income Life. Byron is actively involved with a young adult ministry through his church.

“My Agency offers career opportunities for individuals who seek a rewarding and challenging career in leadership and sales. The more families we protect, the more of a positive impact we make on our local economy,” Byron says.


Other Businesses in North York: